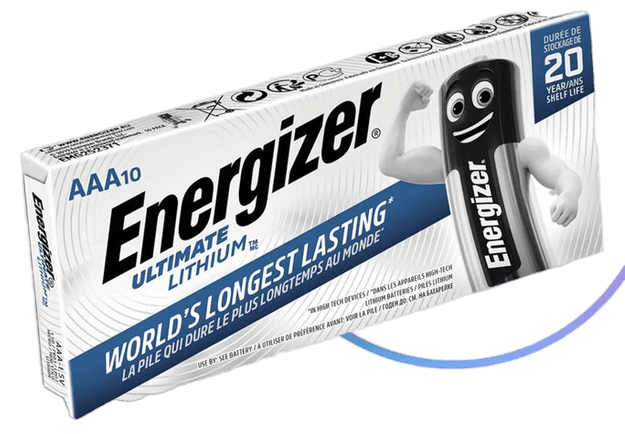 Everything There Is to Know About the Energizer Lithium Battery

Energizer Lithium batteries are long-lasting batteries that provide serious power for all your critical devices. The batteries differ from regularly used alkaline batteries in chemistry and construction.

Lithium is a premium material due to its high conductivity and low electrode potential, producing high energy density batteries. The chemical reaction between lithium and iron disulphide produces a lithium iron disulphide (LiFeS2) battery with a minimum voltage of 1.5 volts.

Because lithium reacts with water, the electrodes are dipped in a non-aqueous electrolyte made from lithium salt dissolved in an organic solvent.

The LiFeS2 battery features a spiral construction or jelly roll shape that results from rolling the two thin and long electrodes. A design like this provides about 20 times the more interfacial surface area and 30% less battery weight when compared to standard alkaline batteries.

An Energizer Ultimate Lithium battery cell weighs about 15 grams and has a total volume of 8 cubic centimeters.

The batteries come in two sizes: AA and AAA, allowing you to use them in a wider selection of devices. Both sizes provide you with ultimate performance in high drain devices while ensuring you use fewer batteries and reduce battery waste.

Get Your Pack of Energizer Ultimate Lithium Batteries Today

The Superiority of the Energizer Ultimate Lithium Battery

These LiFeS2 stand out for a variety of reasons.

The capacity of LiFeS2 batteries varies due to the jelly construction that features multiple layers of active materials. However, it’s less sensitive to the drain rate and voltage cut.

For instance, the capacity of an AA Energizer Ultimate Lithium battery being discharged at 100 mAh to a 0.8-volt cut-off can be calculated by multiplying the drain rate by the hours needed to reach the cut-off voltage. Let’s say it runs for 36 hours; then, the battery is said to have a capacity of (100 mAh x 36 hours) = 3600 mAh if it drains at that rate to the 0.8 cut-off voltage. 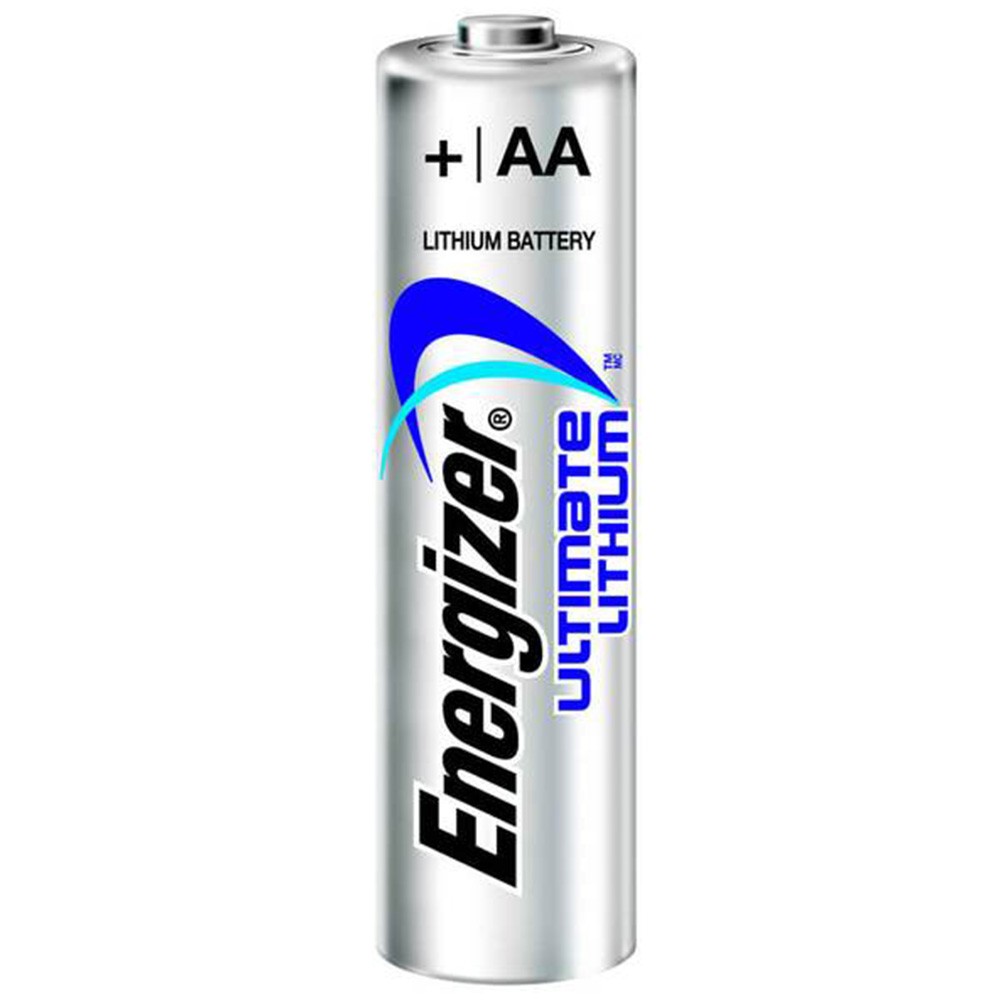 Most batteries have a voltage cutoff of 0.8 volts per battery to make the most use of the available battery capacity. Energizer AA lithium batteries are different; they allow you to discharge up to 0.5 volts when used in high-drain devices.

The Energizer Ultimate Lithium AA batteries are the world's longest-lasting batteries as they can hold a charge for up to 6 times more than other leading brands. You can count on these AA and AAA batteries to hold at least 95% of their initial power up to 20 years in storage.

You can depend on your Energizer Ultimate Lithium batteries in all seasons, thanks to their low-temperature sensitivity. They perform optimally between -40℃ and 60℃ (-104℉ and 140℉) and hold power when stored at the same temperatures.

How? LiFeS2 batteries have a larger surface area and use a non-aqueous electrolyte, which increases the conductivity of the batteries as temperatures drop.

On the contrary, warmer temperatures boost the performance of LiFeS2 batteries in high-tech devices. Typically, higher temperatures increase the chemical reactions and storage capacity of a battery.

According to Scientific reports, a 36℉ increase in temperatures can cause a 20% increase in a lithium battery's maximum storage capacity. As a result, the battery delivers greater performance in the short term, but it reduces its overall lifecycle significantly.

The Energizer Lithium AA and AAA batteries incorporate multiple safety features to prevent adverse conditions, such as overheating, short-circuiting, and forced discharge. The two primary safety devices in these batteries are:

Resettable Thermal Switch: Also known as the Positive Thermal Coefficient (PTC). It limits the current when the PTC temperatures exceed 85℃. Doing so allows the battery to cool below the activation temperature and restores battery resistance to regular levels.

Pressure Relief Vent: Protects the batteries against exploding in case of exposure to adverse conditions, such as internal short-circuiting. It does this by allowing controlled pressure release, limiting the current a battery can carry, and stopping additional heat generation.

Due to the advanced technology used in the design and construction of the battery, Energizer Ultimate Lithium batteries are entirely leak-proof under proper customer use.

As a guarantee, Energizer promises to replace or repair any devices destroyed by battery leakage. Here's what you need to know if you want to receive a replacement or warrant a repair due to battery leakage.

Although these batteries are leak-proof, you should expect some electrolyte odour when used or stored under high temperatures. The odour results from the transmission of ethers through the battery seal but contains a very low amount of vapour.

Additionally, the potential exposure of the odours is below the time-weighted average limit stipulated by typical industry standards, including the American Conference of Governmental Industrial Hygienists (ACGIH).

Which Battery Is Better Alkaline or Lithium?

The table below clearly shows the superiority of lithium over alkaline.

Energizer Ultimate Lithium batteries can last up to 6 times longer than other batteries. Not forgetting, they hold power for up to 20 years in ambient storage.

No. Energizer Ultimate Lithium batteries aren’t rechargeable. However, they provide you with excellent value for your money by being the world's longest-lasting AA and AAA batteries.

Even better, they’re as kind as rechargeable batteries for the environment because their long-lasting power allows you to go through fewer batteries in high tech devices, thus producing less waste.

Get Your Pack of Energizer Ultimate Lithium AA Batteries Today

Are you looking for a reliable battery type that performs in extreme temperatures for your high tech devices? Energizer Ultimate AA and AAA Lithium batteries are the ones for you.

You can purchase the longest lasting AA battery from us in bulk at the most affordable prices. We offer various package options, including AA 4 pack Energizer batteries and a bulk box containing 10 AA batteries. Contact us today for information on the shipping and transportation of lithium batteries.

Featured Image from: Pixabay by _MarkR