Is Every AA Battery the Same?

Which Should You Use and When? | AA Batteries

There are so many different types of AA batteries on the market, and it's hard to know which one is right for you.

How do you decide? Do you buy alkaline or lithium?

Alkaline lasts longer but can leak and break down over time. Lithium batteries last less time but are more stable.

What about rechargeable AAs? They're expensive and don't always work on all of your devices.

Today we’ll tell you everything there is to know about AA batteries and their alternatives—so that buying new ones will be a breeze from now on. We’ll even help with choosing the best type of battery for your flashlights.

The Different Types of AA Batteries Available on the Market Today 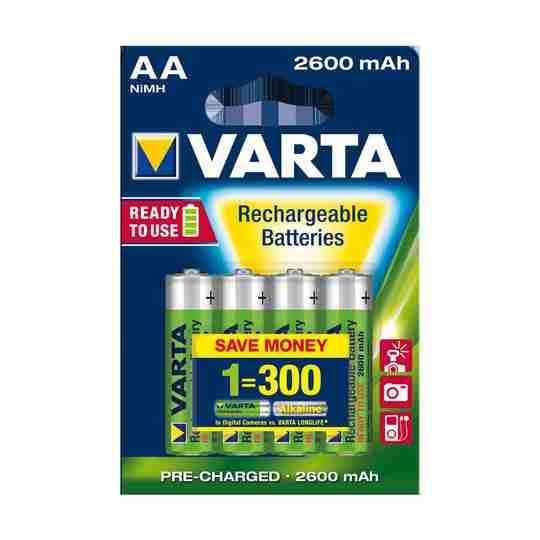 Rechargeable AA batteries are becoming increasingly common today. You can find them in many stores, and they come with a price tag that’s more affordable than non-rechargeable batteries.

These types of batteries can help save money in the long run by not having to buy new ones every time they die out.

There are several choices when choosing between rechargeable AA batteries. While some come packaged together with two or four cells complete with chargers, others have individual parts sold separately.

Rechargeable AA batteries come in handy when we find ourselves needing more juice than our devices have left up their sleeves—even if they only last us until lunchtime. With all of the great choices out there today, finding a pack that fits your device is now as easy as pie.

Rechargeable AA battery packs are great because they're like a single cell when it comes to swapping them in and out. This is much more convenient for devices that need multiple batteries since you don't have to remove each one separately just so the device can charge or work.

The Pros and Cons of using a rechargeable battery

The AA battery is one of the most used in popular electronics such as an alarm clock, some toys and children's watches. Many people don't know that you have to be careful with them because they are not rechargeable.

The key advantage about these alkaline batteries is that they're immediately available for purchase when your battery dies out on you without having to wait weeks or months for delivery.

Alkaline AA batteries are not ideal for regular use in battery-powered devices. They do, however, have one major advantage over lithium AAs: they don't lose their power even if you leave them unused overnight or on a shelf for years at a time.

Lithium-ion cells are often abbreviated to 'li-ion. They tend not to last for an extended period, but they can be recharged several times before the battery is no longer functional.

The lithium-ion cells are larger and rectangular, often taking the form of button-top AA batteries. They use lithium combined with other compounds and power most electronics today, including laptops, cell phones, and tablets.

On the other hand, AA lithium batteries (non-ion) are meant for quick and powerful bursts of energy but aren’t designed to be recharged. They offer a long-lasting cell type that can power more robust devices such as digital cameras or clocks with compasses built in them.

AA lithium batteries are an excellent choice for most gadgets because they last up to 9 years and don’t leak. 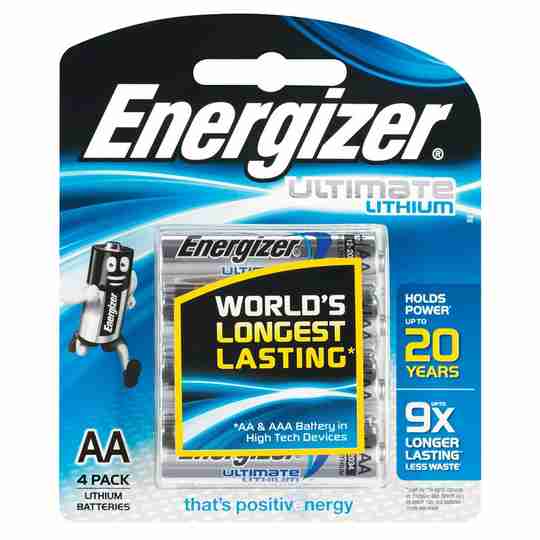 Which Type of AA Battery is Best for Which Situation?

For all-day power, rechargeable AA batteries are best. But they are slightly more expensive initially than disposable batteries.

However, if you use a camera flash or other high-powered device, you should buy rechargeable AA batteries. They have a longer life than regular AA batteries, and use less power.

Lithium-ion batteries are widely used in mobile electronics, though they require protection circuitry to prevent the cell from overcharging.

They have a much higher energy density than other rechargeable batteries and don't suffer from the memory effect (common with nickel-based cells).

Alkaline batteries provide a constant voltage until all cells inside are used up. These batteries work well in low voltage devices, such as remote controls, toys, flashlights, etc., because they offer more power at lower voltages than other battery types.

Alkaline cells can be recycled into fresh supplies when power runs out for these applications.

What Does AA Stand for in Batteries?

Alkaline-Manganese is one of the first battery technologies developed at the turn of the last century by Thomas Edison and his associates. It's still widely used today in such devices as toys, remote controls, computer mice, desk lamps, and small flashlights.

A 1.5-volt battery is the same size as AA batteries, but is rated for lower voltage to suit a device with a lighter power requirement such as a flashlight. Just be sure not to mix the two up—because they're exactly the same battery. Mixing them together will result in low-voltage operation of electronic devices.

Which is better, AA or AAA batteries?

It depends on what type of device you're powering. AA batteries are best for low power drain devices such as camera flashes because they last much longer than AAA batteries.

By contrast, AAA batteries are the better choice for high-power battery devices such as video game controllers because they provide a more current and higher voltage.

It should also be noted that many brands offer "hybrid" AAAs, which provide the advantages of both AAs and AAA, so it's worth considering these other types too when making your purchasing decision.

This AA alkaline Battery provides long-lasting power with no leaking or losing power over time, making it ideal for use in electronics like game controllers, remote controls, and flashlights. So next time you need 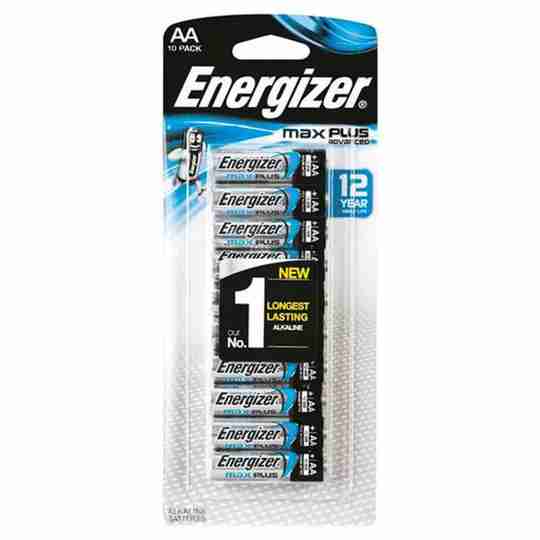 Featured Image from: Pixabay by PublicDomainPictures